Twenty youth from across the Lower Mainland will watch, debate and champion the eight films in the New Directors Competition to select the winner of the Youth Choice Award. On September 3, the Youth Jury will present the award before the Closing Night Film.

Join us in welcoming the 2017 Youth Jury!

Valentina Acevedo Montilla is currently finishing her undergraduate degree at UBC in Art History and Anthropology. An arts organizer, writer, and curator in the making, she is a Mexican-Venezuelan Latina that plays and creates within the complex intersections of living on unceded Coast Salish land while holding Latin America close to her heart and mind. 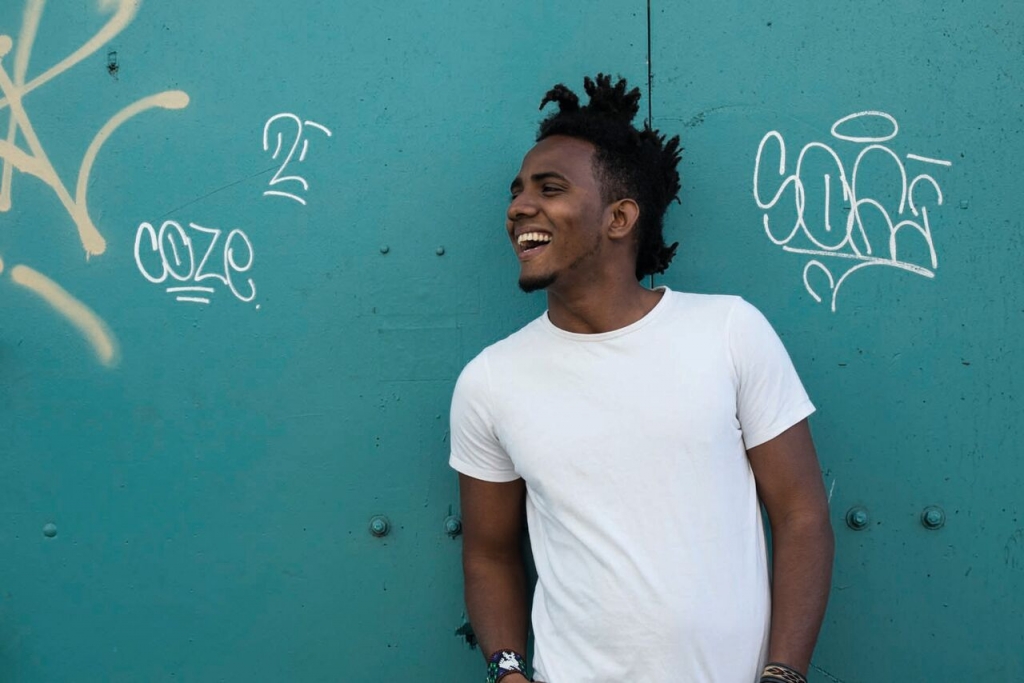 Pablo Agüero graduated from the Fine Arts Institute of Cuba. He produced the short film Yunaisy, which won Best Fiction Short at the Americas Film Festival of New York, as well as Miénteme Bien, Jackie Chan, which won the 2014 Cuban Association of Cinema Press Award. He currently moves between Canada and Mexico, immersed in the development of documentaries and films. 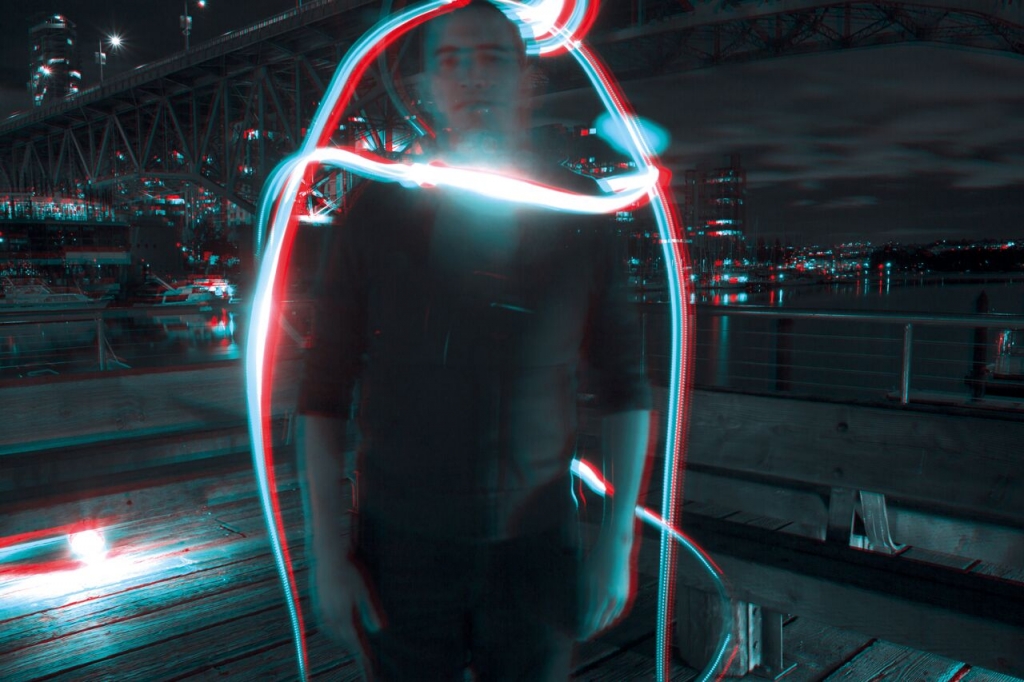 Stephanie Durán Castillo is a Vancouver-based Peruvian artist. Trained first as a media technician, she earned a Bachelor in Media Arts Animation from Emily Carr University in 2015. She has been invited as an artist to participate in the Emergent Latin American Artist Mentorship at Sur Gallery, YYZLAB, and the Wood Land School’s Thunderbird Woman session. Her work has been shown in different exhibitions in Peru, Chile, Mexico, Canada and the USA. 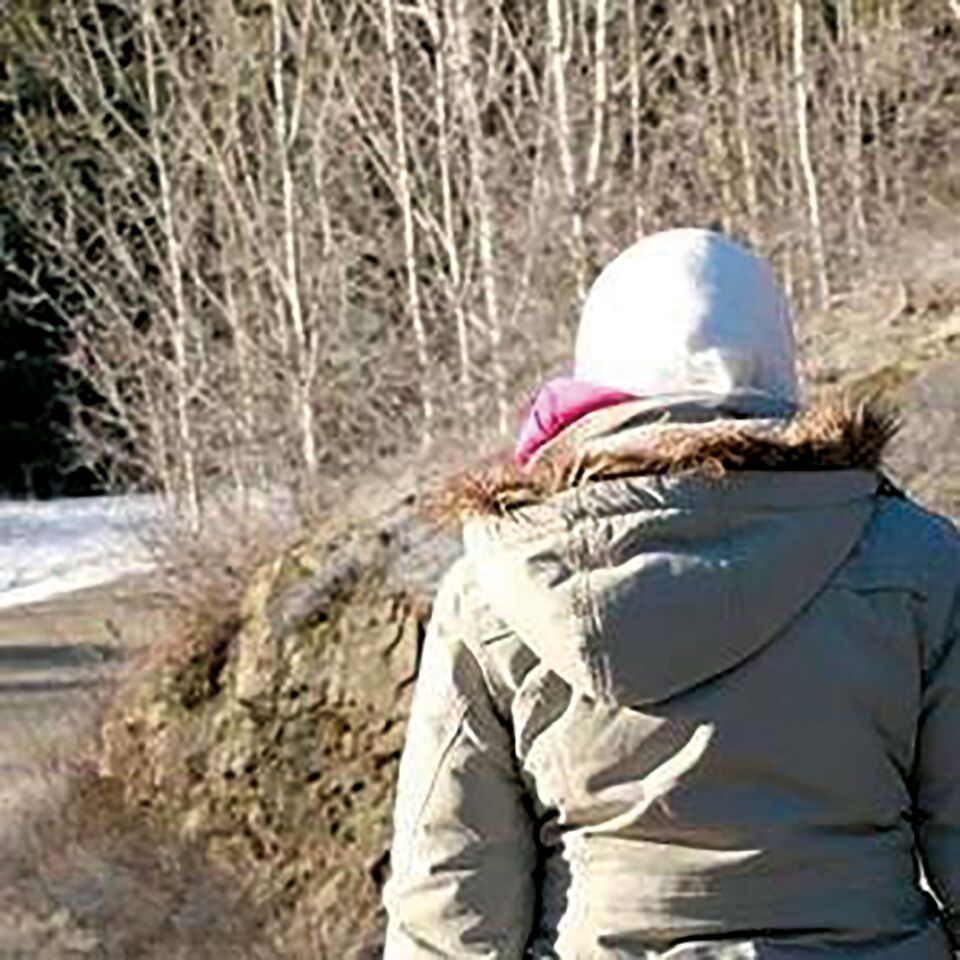 Sarah El Bakkouri was born in Morocco and emigrated to Canada to complete her BFA in Film Production at Simon Fraser University. Her shorts have screened at film festivals around the world. Her work examines identity politics, media and women’s issues through hybrids of experimental and narrative approaches. She has a fascination with mythology in the pre-colonial context and is exploring that through animation. 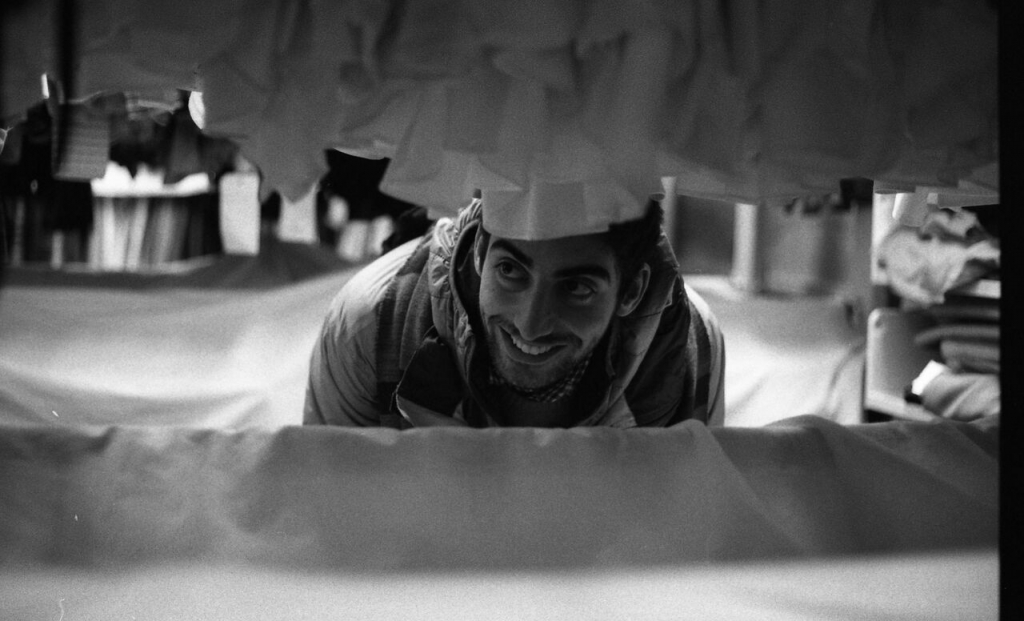 Marco Fratarcangeli is currently pursuing his undergraduate degree in Film Studies and Art History at UBC. During his free time, Marco enjoys volunteering at local film and arts festivals, cooking, and organizing events and discussions for UBC’s Undergraduate Film Students Association. He is extremely excited and humbled to be a part of this year’s youth jury. 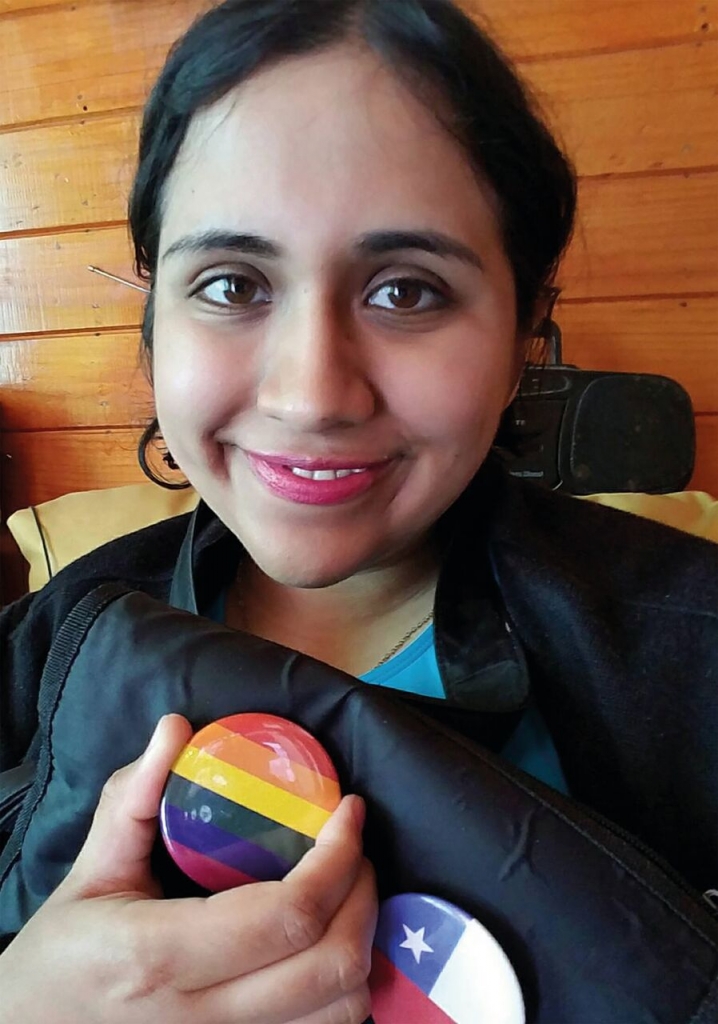 Danni Garate Cubillos is a Chilean-born, Canadian-raised activist, artist, and self-proclaimed mestizo. Garate Cubillos has just finished a degree in Visual Arts at SFU and is currently volunteering for Force of Nature to stop the Kinder Morgan and Site C projects.

Maria Angélica Guerrero-Quintana is a Colombian anthropologist, artisan, and educator. She has collaborated with Daupará, a Colombian Indigenous film festival that supports resistance, claim, and strategy of political agency for Indigenous nations through film. She is studying an MA in Educational Studies at UBC. 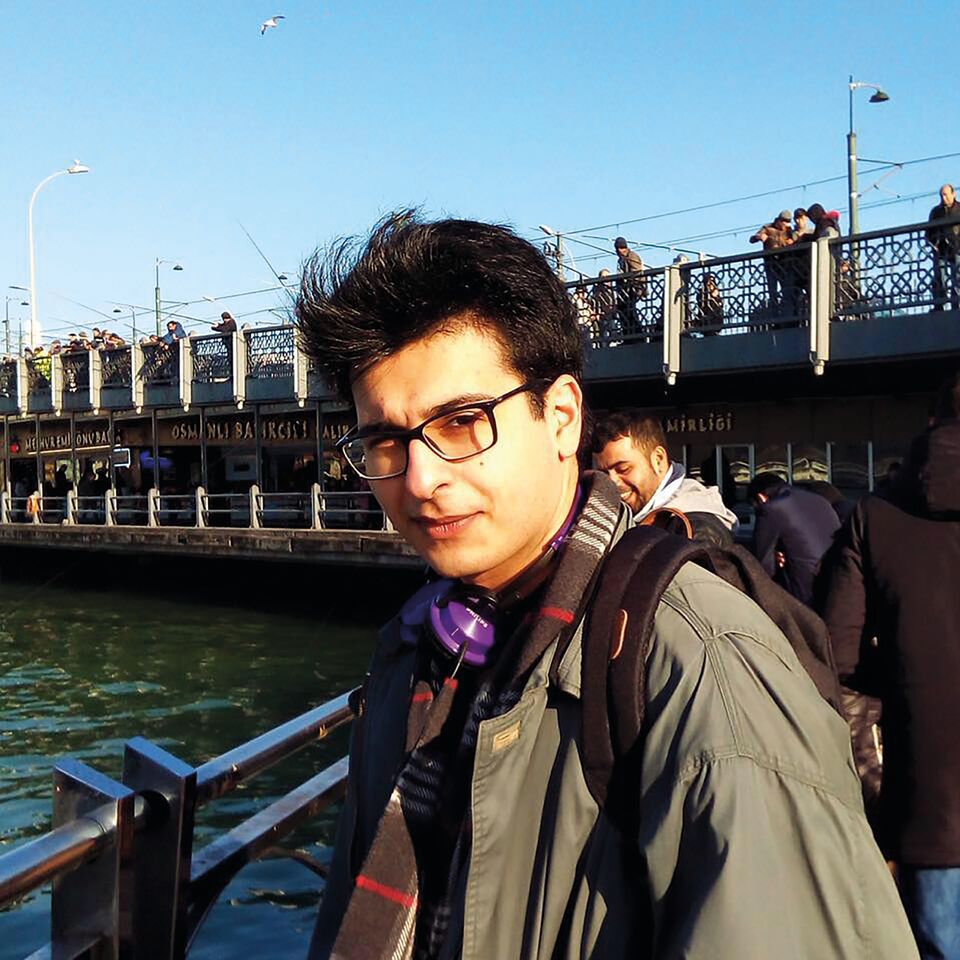 Bijan Karim is a filmmaker and student in SFU’s film program. He writes, directs, acts, and edits, but more importantly he is an avid watcher and lover of films. 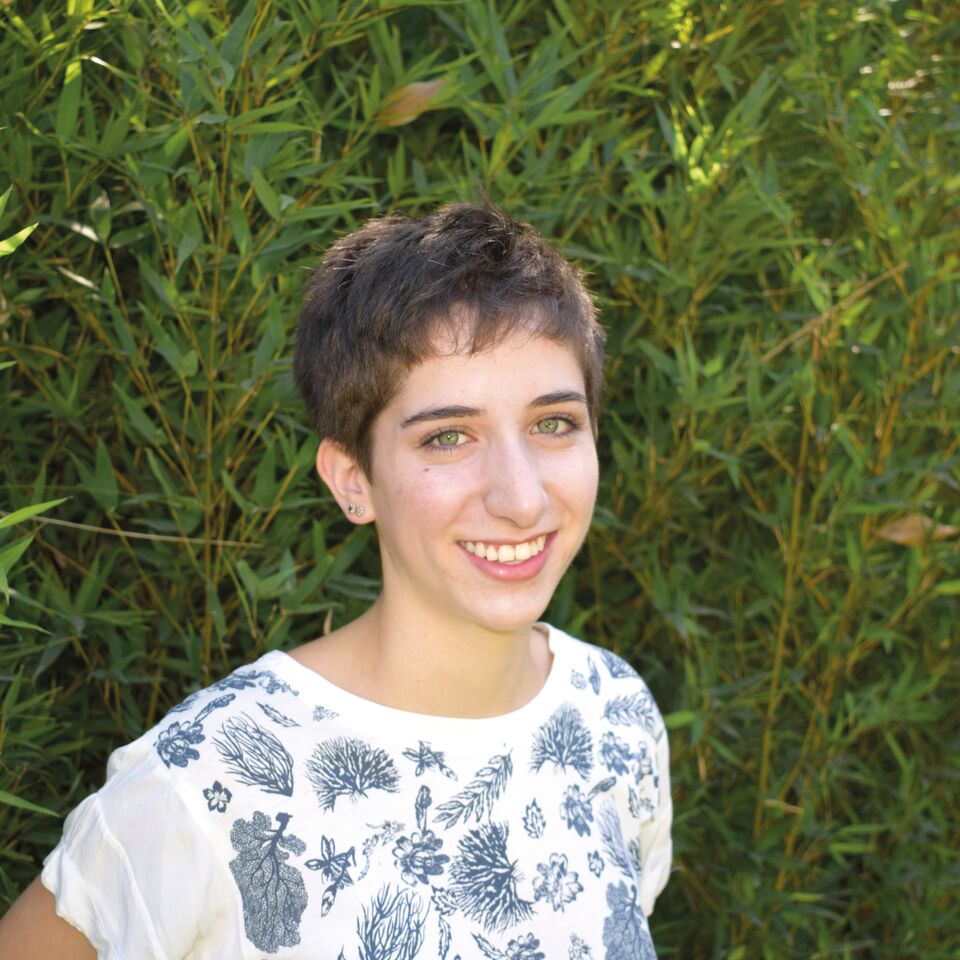 Teresa Larrea sees cinema as a retreat and an encounter, a passionate reconstruction of life. Teresa was born in Quito and came to Emily Carr University to study visual arts. She enjoys anthropology and philosophy. This summer, she worked as an assistant art director on an Ecuadorian film. 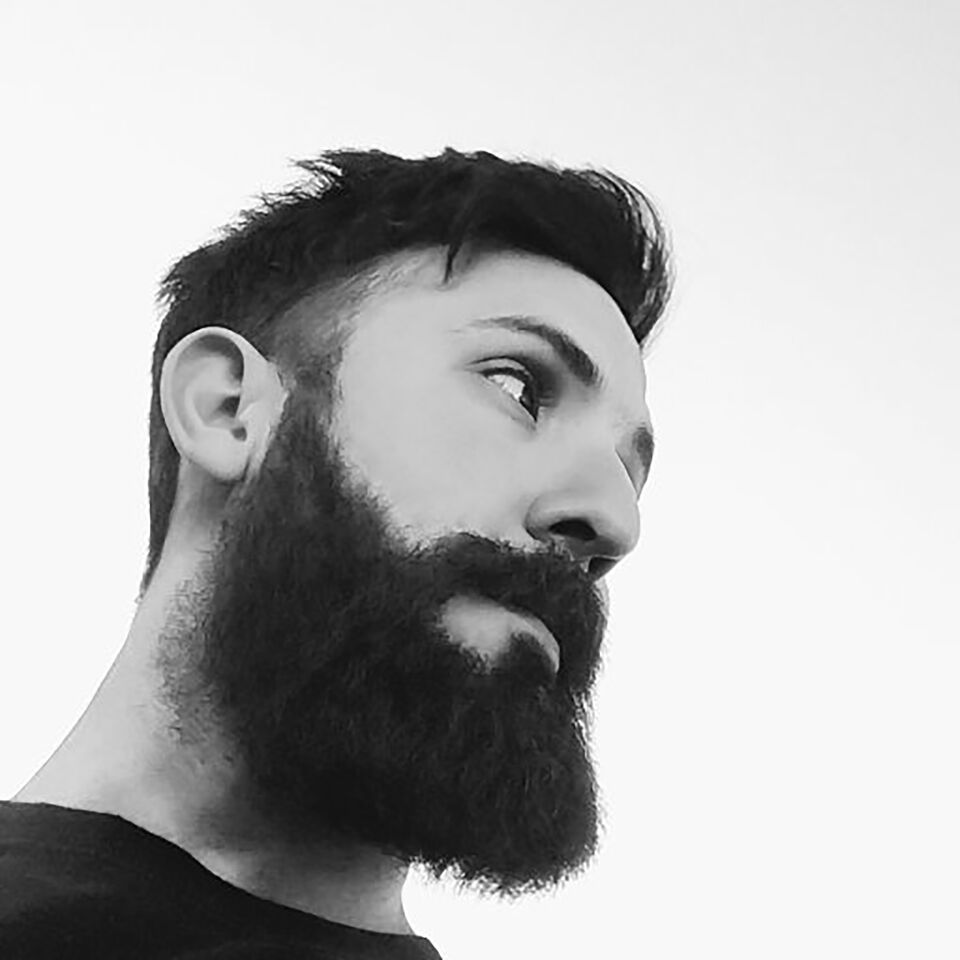 Arturo Mendez is an audiovisual storyteller. After a decade in the audiovisual industry, from working on TV and independent films to developing branding and video content, he likes to work merging filmmaking, scriptwriting, and motion design. His passions include photography, film festivals, music concerts, and biking. 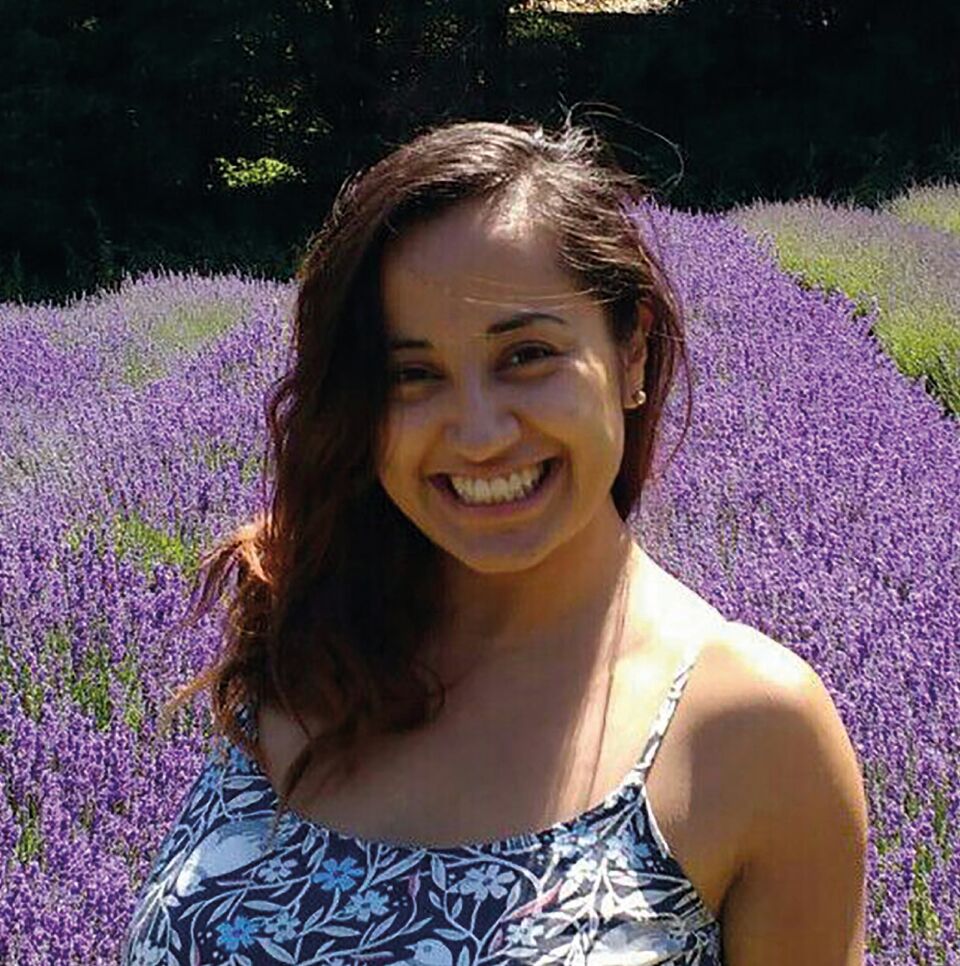 Natalia Melisa Munoz Gonzalez is a film lover and story enthusiast from Facatativá, Colombia. After earning her degree in Literature three years ago, she came to warm up Canada. Working mainly as a translator and Spanish teacher, she also likes to try a new profession at every opportunity. When not eating up books or films, she’s likely dancing or spying on YouTubers. 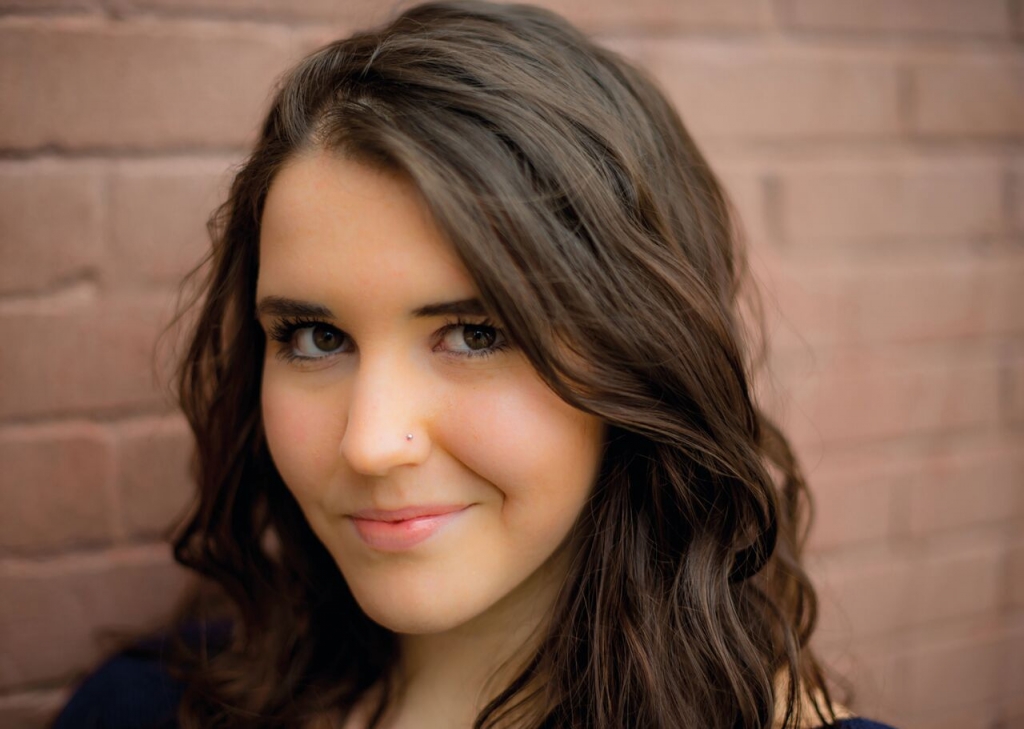 Chloe Numbers is originally from San Francisco. She graduated from UBC in 2015 with a degree in Film Studies, focusing on socio-political Latin American cinema. She is thrilled to join the 2017 VLAFF Youth Jury and is hoping once again that her Spanish will improve during this year’s festival.

Kévin Paré was born in Quebec. He is an alumni of Langara and graduated this year with a major in Political Science and a minor in Anthropology from Kwantlen Polytechnic University. He is interested in journalism and has been involved with The Source/La Source newspaper since December 2009. 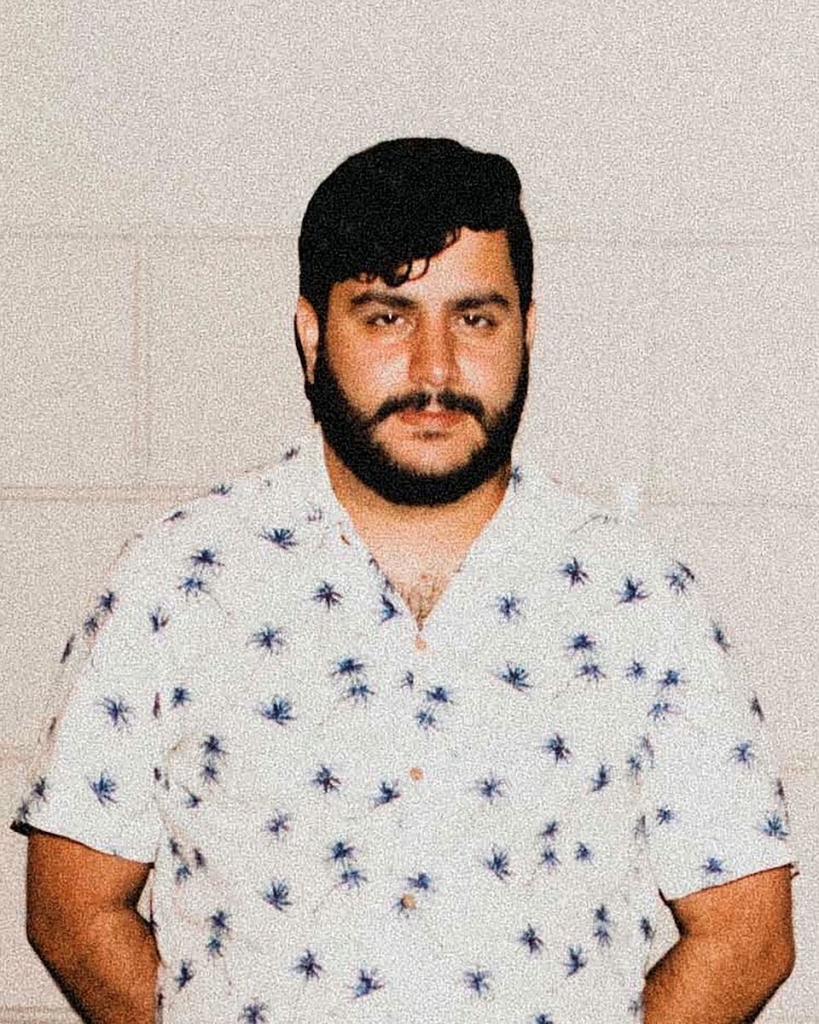 Gabriel Perello is a Honduran-Canadian musician, producer, self-described cinephile, and born & raised Vancouverite. He has a Diploma in Music and is currently writing/co-producing music as half of Vancouver-based duo Golden Ears. Aside from film and music, he’s also very passionate about finding the best local tacos and horchata. 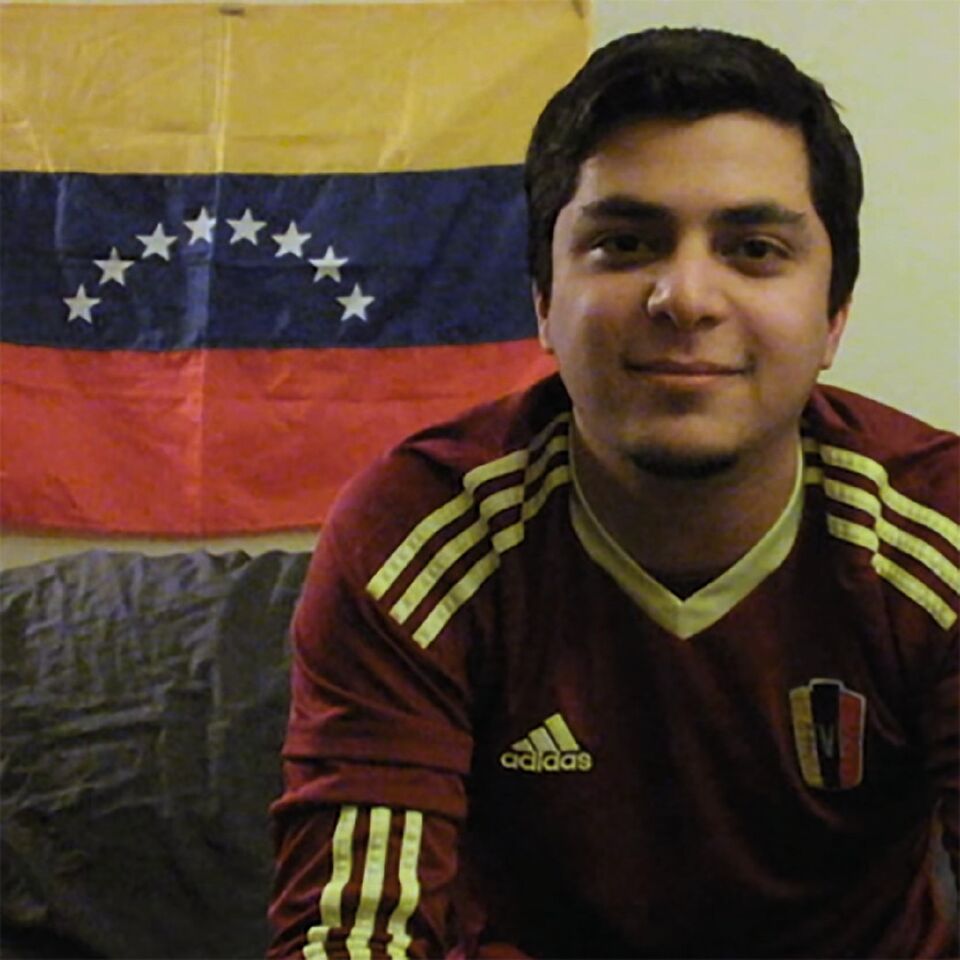 Miguel Quintero is a Venezuelan director with a Bachelor in Communications and Audiovisual Studies, and a graduate of the Vancouver Film School. He has experience working with over 40 different film crews in Vancouver. He has directed over ten short films, won seven awards including Best Short, and been in the official selection of over 20 film festivals around the globe. 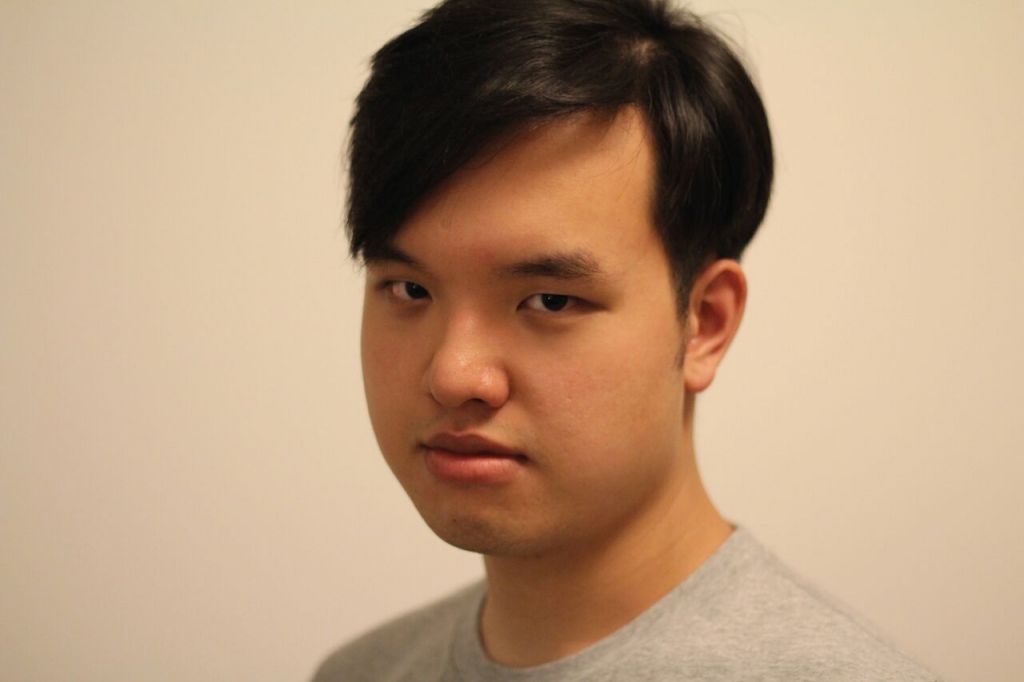 Nicholas Ramsay is an avid film enthusiast, video editor, and undergraduate student in the Interactive Arts and Technology Program at SFU.  His own experience with film includes experimenting with interactive cinema, directing short films for his classes, and editing home movies in his spare time. 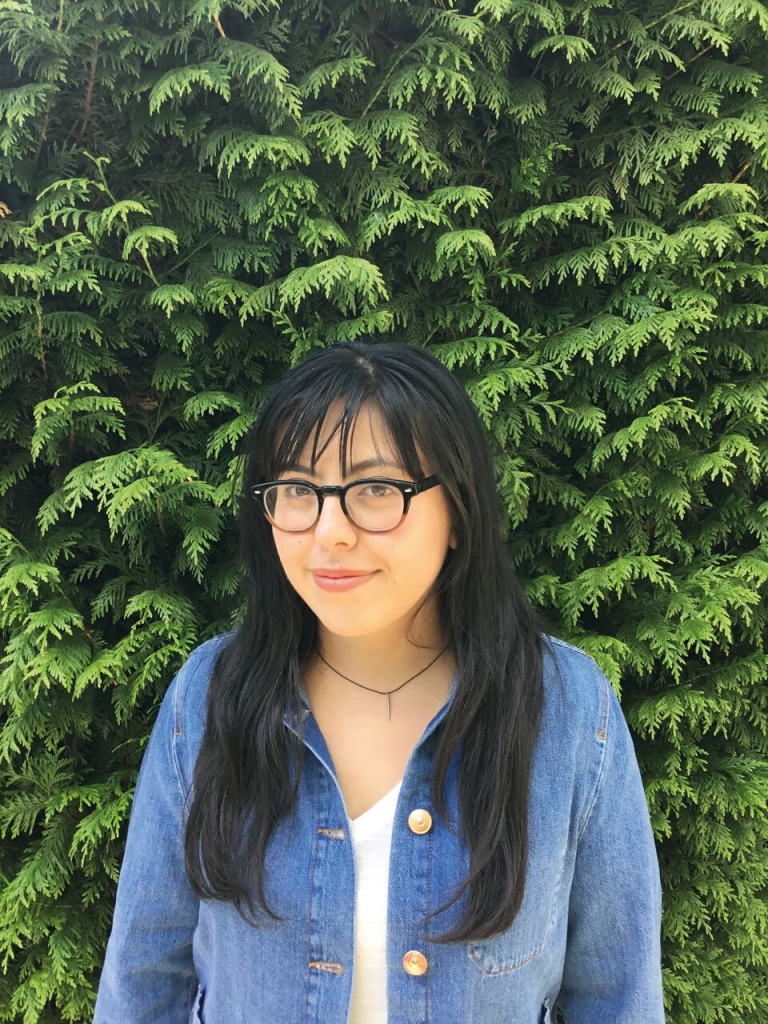 Ana Laura Rivera Garcia was born in Mexico City and has lived in Canada for most of her youth. She pursues studies in Latin American Culture at Langara and volunteers as an assistant Spanish teacher to children with a Latin-Canadian background. She believes in the importance of fostering community through supporting local arts and promoting safe spaces for people of all backgrounds. 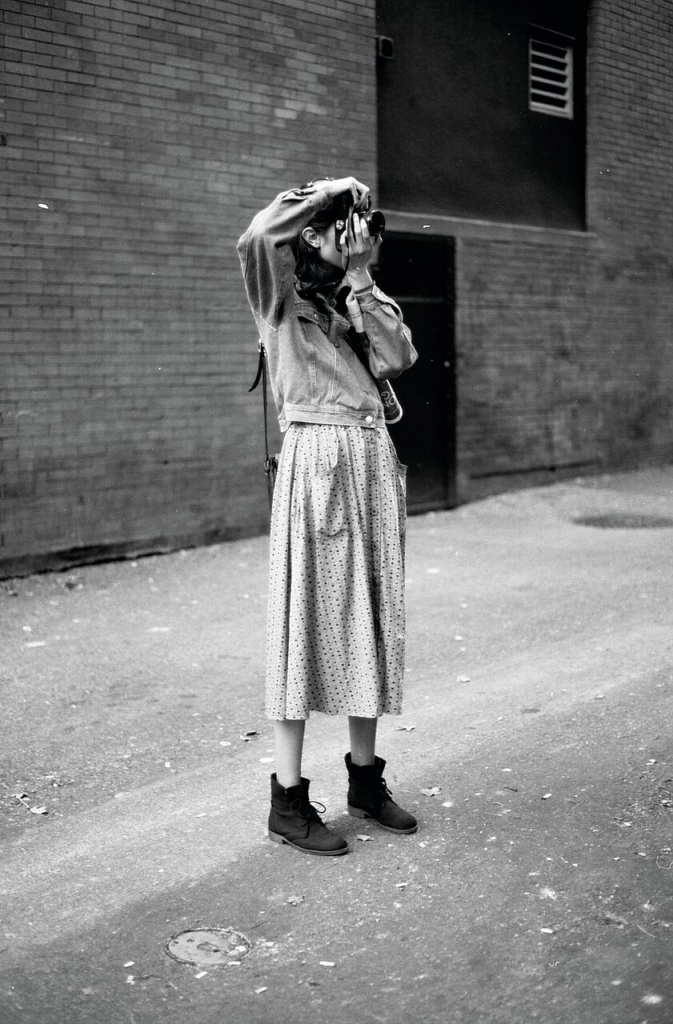 Alejandra Samaniego is an Ecuadorian artist who cultivates her art in the expression of the female. Alejandra lives and works in Vancouver where she explores the lengths of her womanhood and worldly anxieties through tactile and visual processes such as drawing, analogue photography, and film. Her work can be viewed at: alejandrasamaniego.com 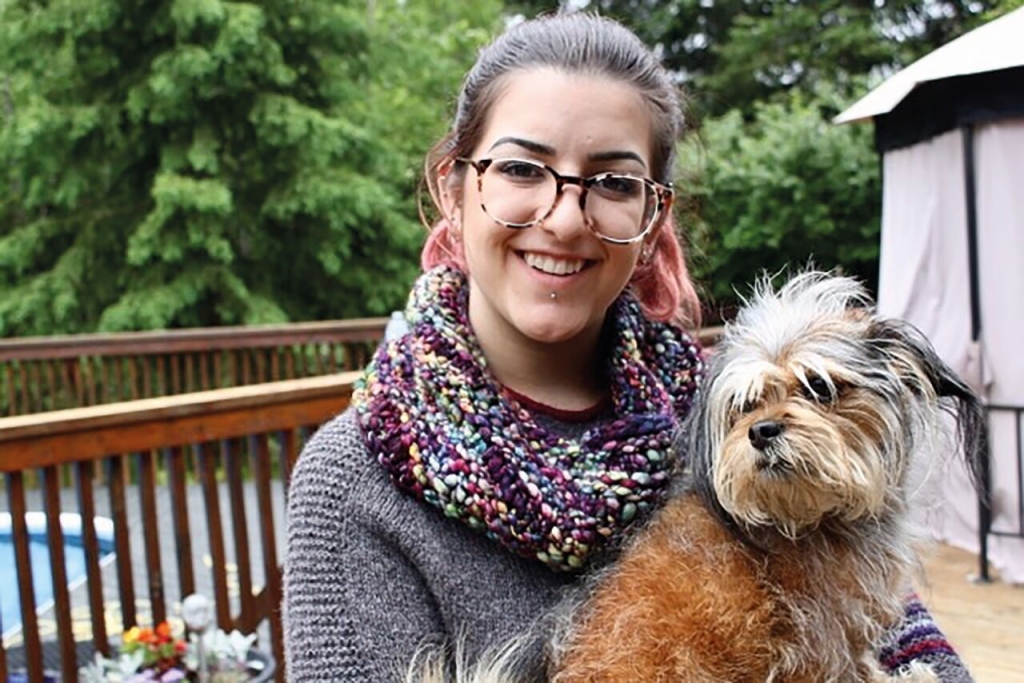 Shae Watson hails from Thunder Bay, ON, and has settled for now in Squamish, BC, to study at Quest University Canada. In between, she attended a small college preparatory school in Minnesota, worked in France, did a ten-month Rotary exchange in Belgium, and spent a year travelling in Australia. Her dog’s name is Rosie.