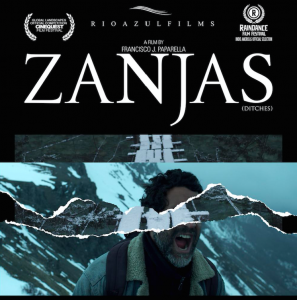 Director Joaquín Paparella will be in attendance to have a dialogue with the audience.

How does one overcome the shadows of one’s past? Patagonia, South America: In a town plagued with femicide, director Francisco Joaquin Paparella’s cinematic mystery unfolds into a tale of a man struggling with his own guilt. Zamora, a ditch-digger and rural worker, is troubled by his own questionable past. Pursuing catharsis, he leaves civilization and heads deep into the snowy mountains to live in an isolated cabin. Nearby, a missing girl’s body is found abandoned in a ditch, yet there is no outcry. Something is out of place in this town—something… eerie. And we, as the viewers, will have to discover what that is.

“Zanjas evokes the atmosphere of classic westerns with gorgeous landscapes and lingering quiet shots of a dusty, rustic town. Gritty and beautiful, Zanjas easily earns a place of honour among other modern westerns.” Amelia Masters, Cinequest

Francisco Joaquín Paparella (Buenos Aires, Argentina, 1984) grew up in Patagonia and studied Film Direction at CIEVYC in Buenos Aires. In 2009, he established an independent production company, Río Azul Films, through which he has produced several feature films including January (2011) by Cynthia Gabrenja and Marcelo Scoccia. Zanjas premiered at the Raindance Film Festival in England. 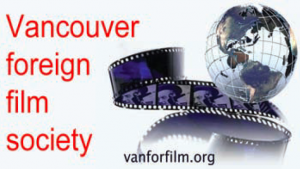