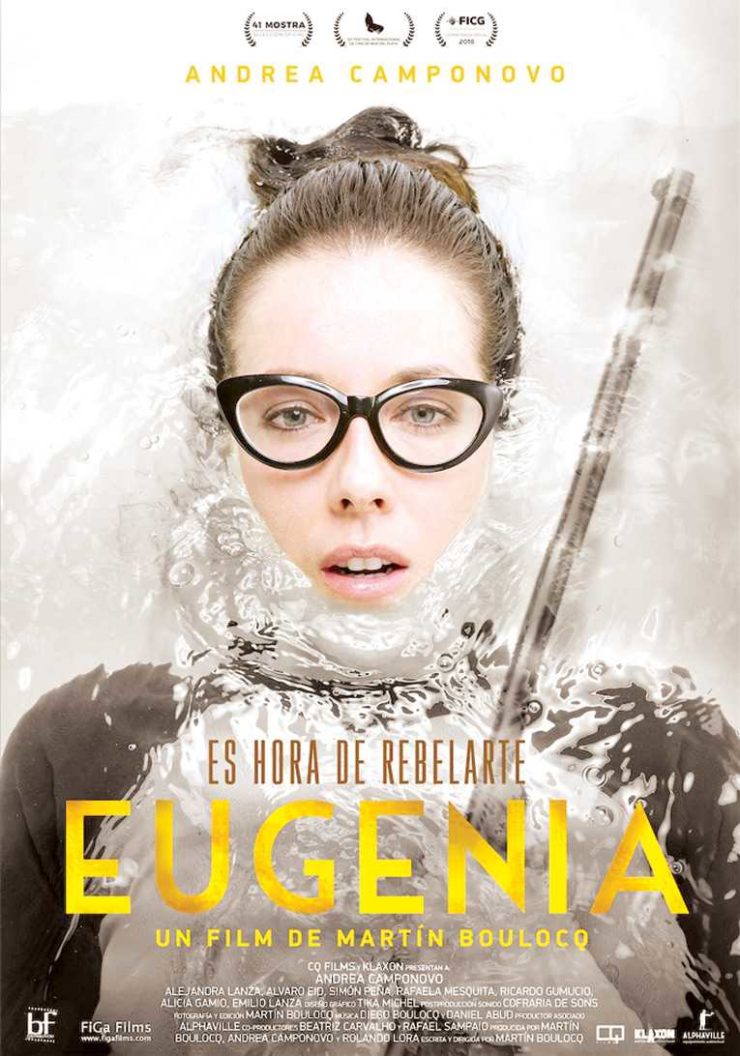 Eugenia, a young middle-class woman living in a small town in Bolivia, is fed up with her life. In one go, she decides to separate from her husband, leave her job, and move to her father’s house in Cochabamba. Once there, she takes a part-time job as a make-up artist, and accepts a role as a guerrilla fighter in an amateur movie set in the 1960s. She begins uncovering her newfound identity, little by little, through small and seemingly unremarkable moments: conversations, shared meals, work mishaps. Martín Boulocq’s quirky black-and-white character study presents us with a woman working through the emotional debris of a previous life, all the while fighting for her place in a world dictated by the men who surround her.

“The film does not aspire to be a story about grand characters, but is a sensitive and anti-moralistic micro-portrait, where carefully constructed details synthesize into a riveting whole.” – Victoria Leven, Cinerama Plus (Argentina)

Martín Boulocq  started as photographer and painter in High School and firsts years of University, where he won the award of “Outstanding Young Artist” given by the city’s Major in 1998 and in 2000 and the 1st Honorable Mention for his photography in an exhibit called Historic and Architectonic Urban and Rural Heritage of Cochabamba. He was Director of the alternative newspaper “Crepúsculo” in 1999 and the main photographer in “Malbicho” analytical weekly newspaper in 2001-2002. He entered Bolivian Catholic University to study Philosophy and Social Communication. Three years later, he left the university in order to start the craft of filmmaking by attending the Andean School of Cinematography, founded by Jorge Sanjinés. There he got involved with Directors and Filmmakers such as Julio Garcia Espinoza, Raul Perez, Jorge Goldenberg, Cesar Perez, Jorge Ruiz and Beatriz Palacios. He began experimenting and directing a number of musical videos and short films, which won him awards such as 1st Prize of the Jury at the National festival of Young movie and Video Films.