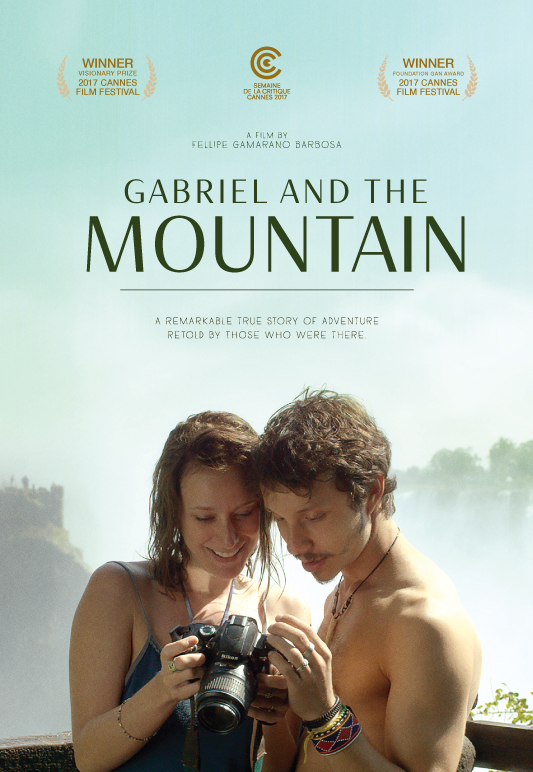 Before going to a prestigious university to work on his PhD, Gabriel Buchmann (played by João Pedro Zappa) decides to travel the world for one year. After ten months on the road with his backpack full of dreams, he arrives in Kenya determined to experience as much as he can in the limited time he has left. In a frenzied state, Gabriel travels through parts of Kenya, Tanzania, and Zambia until he reaches the top of Mount Mulanje, Malawi, which becomes his final destination. Director Fellipe Barbosa beautifully portrays this journey – and what it meant for his friend Gabriel – by following in his footsteps with a camera, resulting in an enthralling biopic and poignant reconstruction of Gabriel’s last months alive.

“A moving look at the transformative nature of travel, both on those hopping around the world in search of a new perspective and those they encounter along the way.” Sarah Ward, Screen Daily

Fellipe Barbosa was born in Rio de Janeiro and completed his MFA in film at Columbia University, New York. His shorts, including the award-winning SALT KISS (2007), have screened at Sundance, Clermont-Ferrand and the New York Film Festival. In 2007, Fellipe was named one of Filmmaker Magazine’s 25 New Faces of Independent Film. His feature documentary LAURA, winner of the Cinereach grant, won Best Documentary at the 2011 Hamptons Film Festival and played at Hot Docs, Visions du Réel and Bafici, among others. He attended the Sundance Screenwriter’s and Director’s Lab with his feature project CASA GRANDE, his fiction debut which premiered in the Hivos Tiger Awards Competition at the 2014 International Film Festival Rotterdam and screened at many other international festivals. The film has won 12 awards, including the FIPRESCI French Critics’ and Audience Awards in Toulouse, the Audience Award at the Rio Film Festival and the Critics’ Award at the São Paulo Film Festival. His second feature film is GABRIEL AND THE MOUNTAIN (2017), Visionary Prize, Gan Foundation Award at La Semaine de la Critique.