As Brazil is the guest country of honour this year, we are pleased to present two films by maestro Glauber Rocha, the most influential Brazilian filmmaker in history.

Glauber Rocha (b. 1939, Vitória da Conquista, Bahia, Brazil) was a key figure in the Cinema Novo movement, a subversive and innovative film movement of the 1960s in Brazil. He directed two of the most influential Brazilian films of all times, Deus e o diabo na terra do sol (Black God, White Devil, 1964) and Terra em transe (Entranced Earth, 1967), which was initially banned from screening in Brazil for its allegorical depiction of oppression that reflected closely on the reality of oppression in Brazil after the military coup d’état of 1964. Still today, these two films are considered to be some of the greatest works in Brazilian film history.

Glauber Rocha, a law student who turned to film criticism and left-wing politics, was only 21 years old when his first film Barravento (The Turning Wind) was included in the first New York Film Festival in 1961. He achieved significant recognition in Europe in 1964, when his film Black God, White Devil premiered at the Cannes Film Festival and was nominated for the Palme d’Or. In 1967, he received the Luis Buñuel and FIPRESCI Awards at the Cannes Film Festival for Entranced Earth, and in 1969, he won the Best Director Award for Antonio das Mortes.

Rocha went into voluntary exile after the right-wing military coup, but later returned to Brazil to support the government’s plan to restore democratic processes.

In a 1971 interview in Le Monde of Paris, Rocha stated, “My Brazilian films belong to a whole period when my generation was full of wild dreams and hopes. They are full of enthusiasm, faith and militancy and were inspired by my great love of Brazil.” 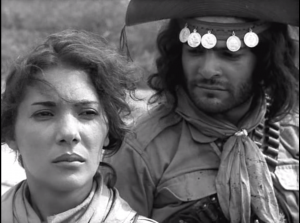 Set in the drought-plagued Brazilian Sertão in 1940, Black God, White Devil explores the climate of superstition, physical and spiritual terrorism, and fear that gripped the country. The central characters, Manuel and Rosa, are on the run, and move credulously from allegiance to allegiance until they finally learn that the land belongs neither to god nor devil, but to the people themselves. The film’s storyline, somewhere between folk ballad and contemporary myth, contains a multitude of references to Brazilian history and culture. But Rocha’s project is fundamentally political, and completely unambiguous: he faces up to the contradictions of his country in an effort to understand, to crush mystiques, and to improve it. 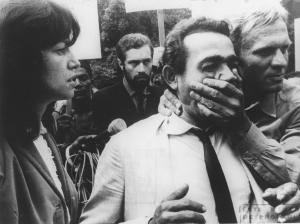 Eldorado, a fictitious country in Latin America, is churning with an internal struggle for political power. In the eye of this social convulsion, the jaded journalist and anarchist poet Paulo Martins opposes two equally corrupt political candidates: a pseudopopulist and a conservative. In this context, Paulo is torn between the madness of the elite and the blind submission of the masses. But, in this complex tropical reality, nothing really is what it seems to be.