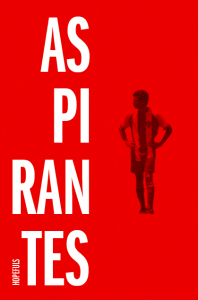 Junior is a young player for Bacaxá A.C., an amateur football team from the coastal town of Saquarema, in the state of Rio de Janeiro. Junior plays alongside Bento, his childhood best friend. Bento is the team’s biggest star and will soon sign a contract for a place in the professional league. Junior is a fully committed athlete and a hard worker, but has a challenging home life, while Bento is more interested in chasing girls and getting drunk. And yet luck always seems to be on Bento’s side. As Junior struggles against a growing envy, his bond with his best friend may be jeopardized forever, along with his future.

“Rosenfeld’s film crackles with a raw power and energy that echoes the youthfulness of its protagonists. With its realistic football sequences… the film presents a world in which physicality and skill can transcend the mundane obligations of day-to-day life.” Laurence Boyce, Screen Daily

Ives Rosenfeld graduated in Film Studies from the Universidade Federal Fluminense. For over ten years he worked as a sound mixer and recordist in many films including This Love That Consumes Us (2012) by Allan Ribeiro and Um filme de cinema by Walter Carvalho (2015).  Hopefuls won the Carte Blanche Award at the Locarno Film Festival.