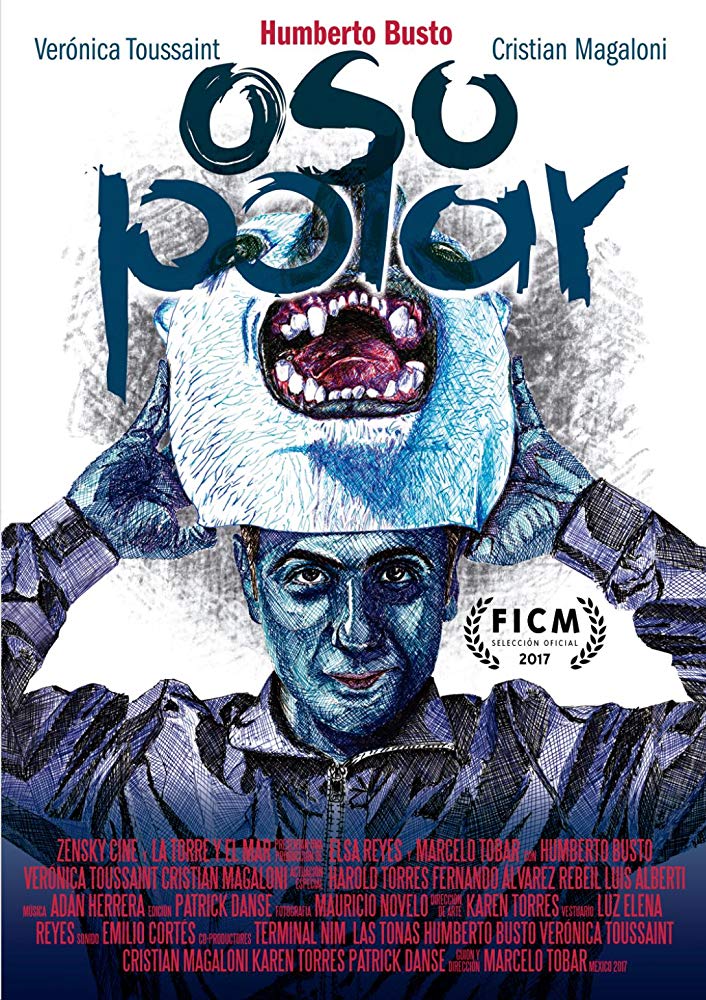 Shot entirely on cell phone cameras, Marclo Tobar’s Oso Polar is a riotous accomplishment of DIY filmmaking. Taking place in one day, it follows the story of Heriberto, Flor and Trujillo, three elementary school friends who meet up again after many years to go to a class reunion party together. Along the way—which is full of car malfunctions, rambling stories, and booze—intense childhood secrets come to light. As Heriberto attempts to reconnect with Flor and Trujillo, it becomes clear that the latter are not really his friends at all, as they begin to replicate the abusive dynamic they exhibited so many years ago. But Heriberto is no longer the same person he was back then, and he is about to give them the surprise of their lives.

“By any measure, one of the year’s most ambitious Mexican films must be Oso Polar, the country’s first feature to be shot completely by iPhone.” -Jamie Lang, Variety

Marcelo Tobar  has written, directed and co-produced three small-budget independent films under a cooperative system. His first film 2000 METERS became the first Mexican film to be distributed freely online through a Creative Commons license. ASTEROID, his second film, enjoyed a healthy international festival run, garnering awards. POLAR BEAR is the first Mexican film shot with iphones. It was financed through crowdfunding and finished thanks to a post production grant by the city of Mexico.