Ropa Blanca is an installation that imparts the story of a cotton textile created by the Indigenous Guane people in the northeast region of ​​the Colombian Andes, who were the originators of this technique and these ancestral geometric designs. 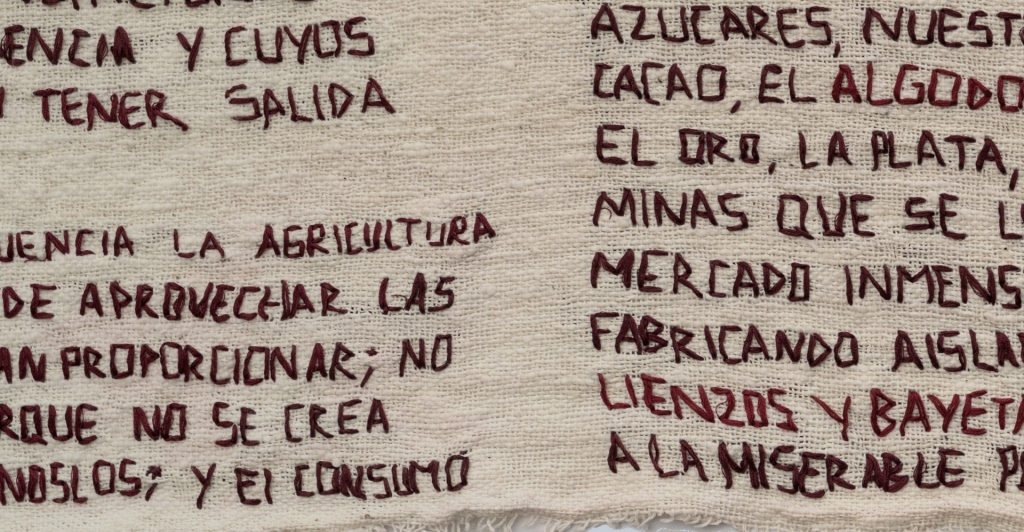 The manufacture of Guane blankets, exquisitely woven and decorated for funeral rituals, was considered an unproductive activity by the colonial powers who imposed a European system of slavery and exploitation that denigrated Indigenous practices. The white linen made with cotton canvas, used by the Indigenous and dispossessed peasants, became a social code that identified the poor. 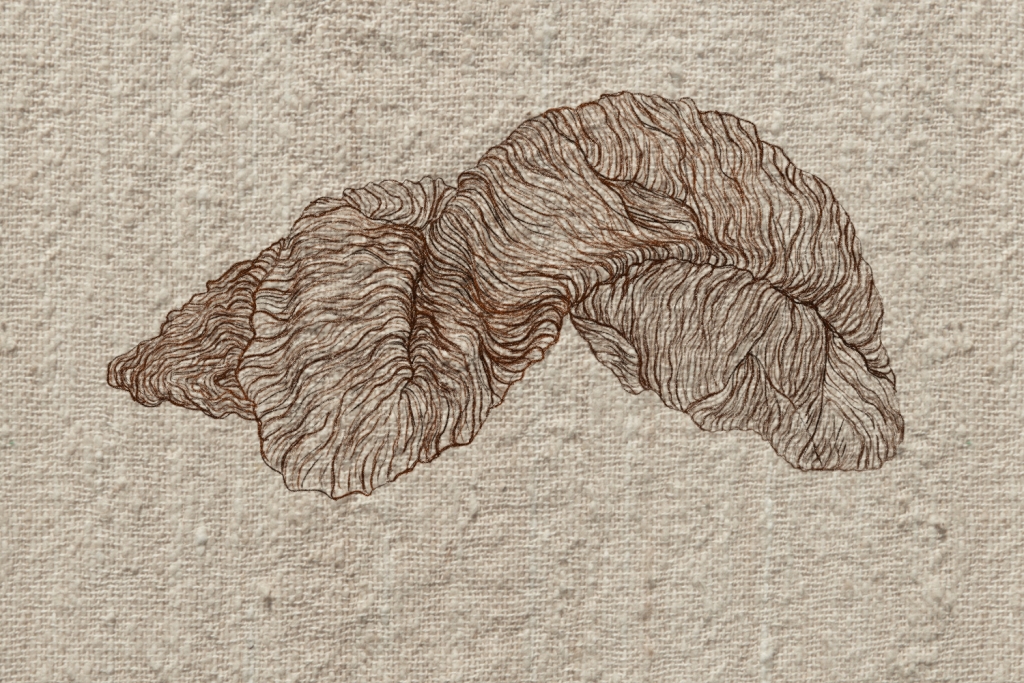 Knowledge of the fabric faded over time, with only a few vestiges of the technique remaining in the cultivation, spinning, and weaving of cotton still carried on by some rural women of the region, who use the fabric to strain the pulp to make guava jelly
candy.

This ancestral textile technique resists its own disappearance by taking refuge in the hands of rural women. In Ropa Blanca, this textile represents the history of a culture that refuses to be forgotten.

Juliana Silva (Bucaramanga, Colombia, 1980) is a visual artist. She received her Master of Fine Arts from Emily Carr University of Art +Design, and Bachelor of Fine Arts from the National University of Colombia. She participated in an academic  exchange at Concordia University in Montreal and in 2016, she was an artist in residence at the Banff Centre for Arts and Creativity. She has been exhibiting her work since 2002 in Colombia, as well as in Canada. Juliana works with sculpture, installation, photography, painting, and animation. Throughout her exploration of multimedia, she investigates ways in which meaning is conveyed through objects, materiality, and their cultural and political histories.