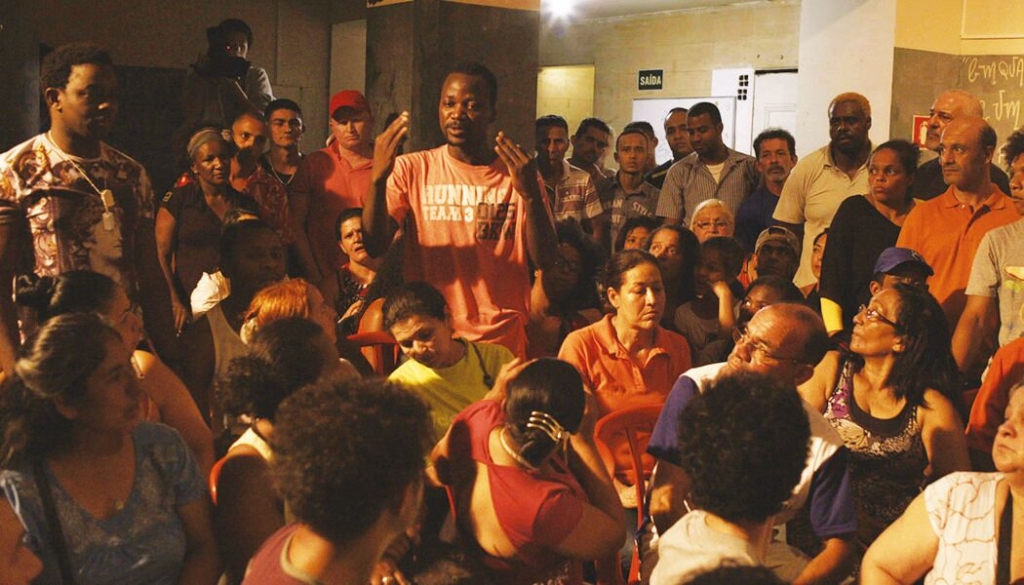 A diverse group of refugees and low-income Brazilian workers occupy the Hotel Cambridge, a formerly abandoned concrete high-rise in downtown São Paulo. The authorities have given its residents 15 days to move out or be thrown out. Led by Dona Carmen and the FLM (Front in the Struggle for Housing), the residents band together to defend their rights. Blending documentary and fiction, the film brings the viewer into the intimate lives of several of the residents including Ngandu from the Congo, and Hassam and his nephew Kalil from Palestine. Daily dramas, comical situations and different views on the world commingle in this fascinating and inspiring glimpse into Brazil’s housing and anti-gentrification movement.

“The Cambridge Squatter does a very difficult thing: It takes what essentially is a local interest story and elevates it into something universal and urgently contemporary.” Jonathan Holland, The Hollywood Reporter