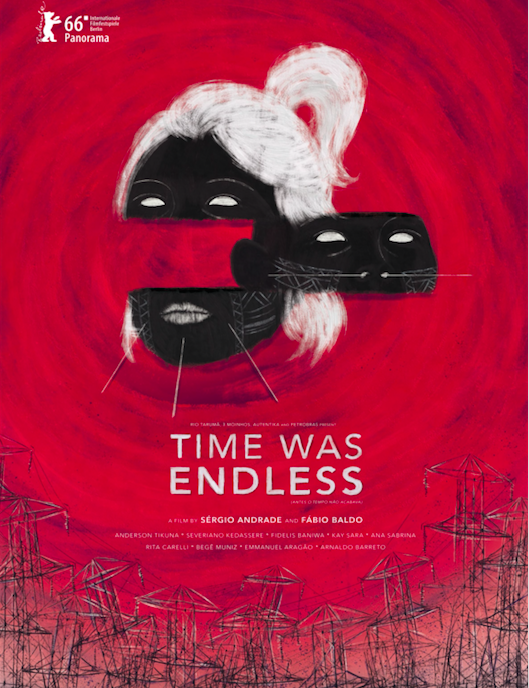 Preceded by the short film Tekoha – Sound of the Earth

In search of a new life, Anderson has left his Tikuna community in the Amazon forest for the bustling metropolis of Manaus. There he lives on the outskirts of the city with his sister and her sick child in a barren single room, and supports them through working various jobs. The environment is far from welcoming, but Anderson is driven by a burgeoning awareness of his two-spirited sexuality, which he feels can only be realized in the anonymity of the city. Anderson finds himself in limbo, questioning and rejecting certain tribal rituals, even as he fiercely defends his community and seeks to find peace with his identity.

“a powerful portrait of a wanderer between two worlds.” Berlin International Film Festival

Sérgio Andrade (Manaus, Brazil, 1967) worked for eight years as a local producer with the Amazonas Film Commission. In 2008 he directed his first short film. His three shorts and debut feature Jonathas’ Forest (A floresta de Jonathas, 2012) screened at numerous international festivals including Rotterdam and Clermont Ferrand. He is a 2013 Berlinale Talents alumnus.

Fábio Baldo (São Paulo, Brazil, 1983) is a graduate of the Fundação Armando Alvares Penteado (FAAP) art school. He has directed a number of prize-winning short films. In 2015, the Cinémathèque Française in Paris held a retrospective of his films. He is also an editor and sound designer.