Central American cinema is represented at VLAFF 2016 with two films from Guatemala, both part of the New Directors competition: Ixcanul is probably the most successful Guatemalan film in history (presented in official competition at the Berlin Film Festival in 2015). The esthetically beautiful The Greatest House in the World is a Mexico-Guatemala co-production. Both films follow the lives of young Mayan girls living in the Guatemalan highlands, but tell their stories in very different ways. 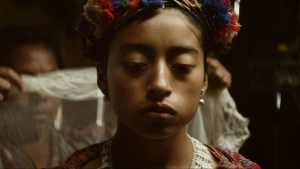